Heat pump evaporators use electricity as a source of energy and they are a very efficient technology to concentrate, minimize and treat a wide variety of effluents and liquid waste.

The models on offer are the following: 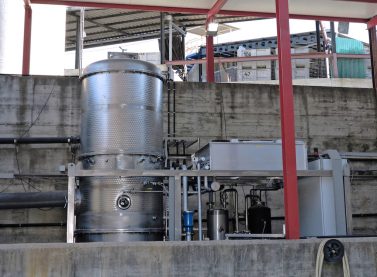 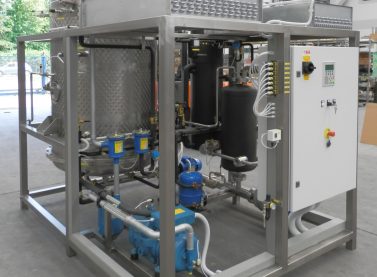 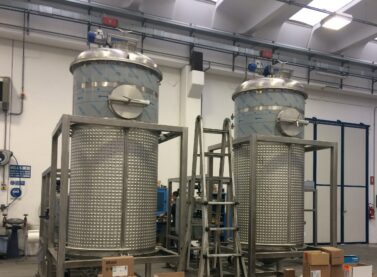 The Desalt LT VR model is a heat pump vacuum evaporator with an internal scraper especially recommended for treating fouling wastewater and high density aqueous solutions. Their most relevant features are:

The Desalt LT DRY evaporator is designed to obtain semi-solid concentrates, as well as to recover raw materials present in the treated water. Their main features are:

These are electric vacuum evaporators that operate at a temperature of 40°C and provide a significant reduction in the COD of the distillate and a low amount of discharge concentrate. The technology has a low maintenance cost, is fully automated and ensures consistent distillate quality by providing complete separation of metals and surfactants. These evaporators also have a foam control system.

Vacuum evaporators can treat an aqueous waste stream efficiently and simply without using reagents. They are highly effective even when conventional technologies are not viable. Using a vacuum evaporator, waste effluent is transformed into two streams: one, highly concentrated (perhaps even dry) and the other high quality water. Evaporators work under vacuum conditions to reduce the boiling temperature of the liquid effluent and lower energy consumption.

The operation of a heat pump vacuum evaporator is based on bringing the effluent to its boiling point, which is around 40°C when working under vacuum conditions. When the effluent begins to boil in the evaporator boiler tank, the steam condenses and is withdrawn from the system as more effluent is fed into the boiler tank.

The effluent being fed is preheated by a heat pump so the evaporation process continues.

The operation of the heating system to evaporate the effluent is based on the refrigeration cycle of a gas in a closed circuit. The refrigeration gas is compressed by a compressor, as a result of which its temperature and pressure increase. It then circulates through the heat exchanger of the evaporator itself, heating the feed. In the heat pump evaporator as the system operates under vacuum, the boiling temperature is around 40 ºC. The refrigeration liquid leaves the evaporator’s exchanger and is decompressed and cooled using an expansion valve.

Passage through a second heat exchanger (the condenser) causes the vapor formed in the evaporator to condense and its temperature to increase immediately prior to passing through the compressor again, thus repeating the cycle. The same refrigeration fluid allows the feed to be evaporated and the vapor generated to be condensed, therefore the system does not require any other heating or refrigeration source. This means that the process is highly advantageous from an economic and management viewpoint. 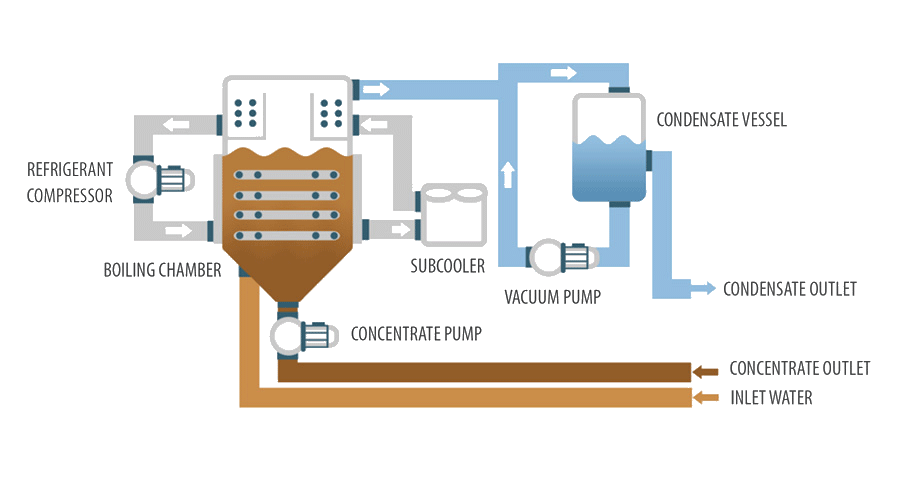 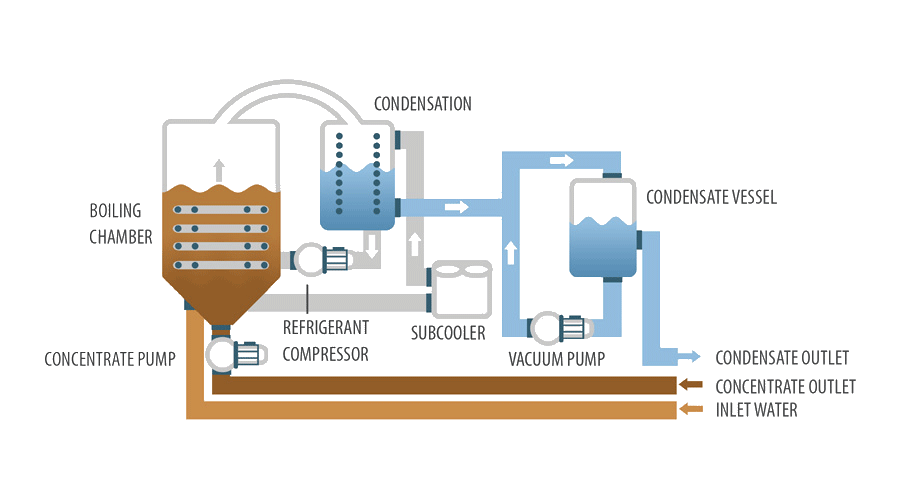 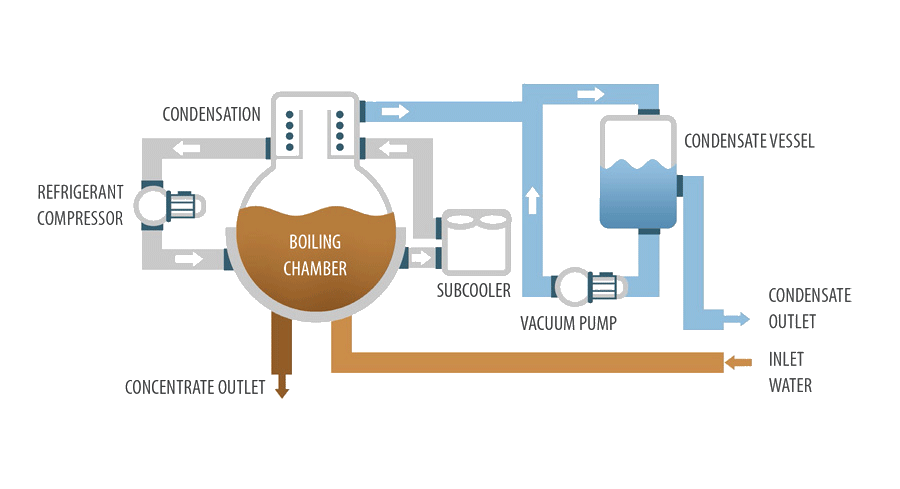 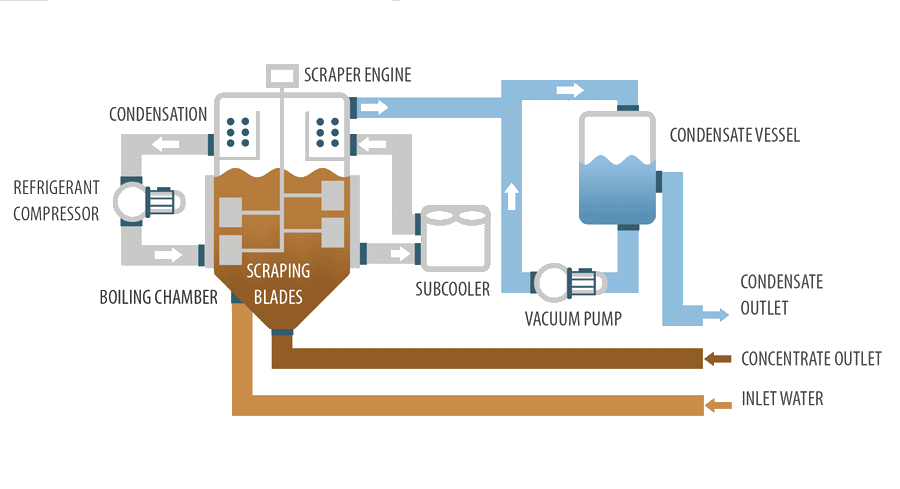