Multiple effect evaporators cover a wide range of wastewater volumes. The Envidest DPM1, Envidest DPM2 and Envidest DPM3 units, with one, two and three effects respectively, have a horizontal boiler and internal heat exchanger and are designed to handle flow rates up to 30 m3/day.

The Envidest MFE1, Envidest MFE2 and Envidest MFE3 evaporators, with one, two and three effects respectively, have a vertical boiler and forced circulation external heat exchanger designed to handle higher flows up to 180 m3/day. 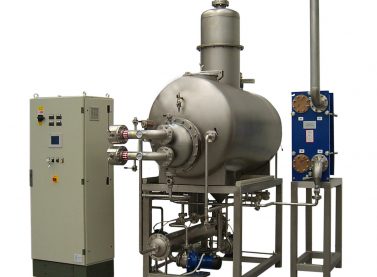 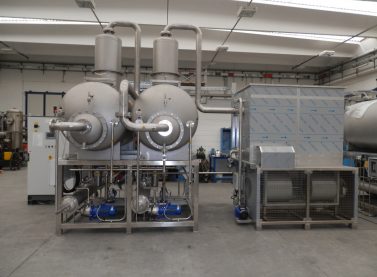 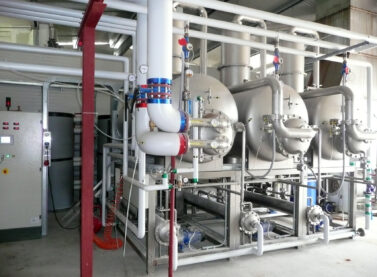 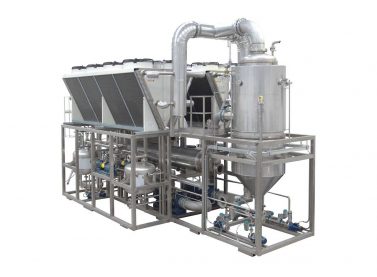 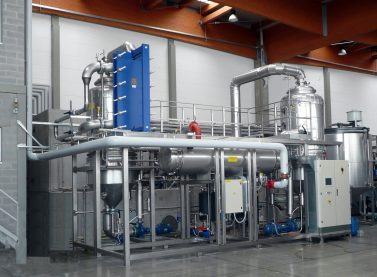 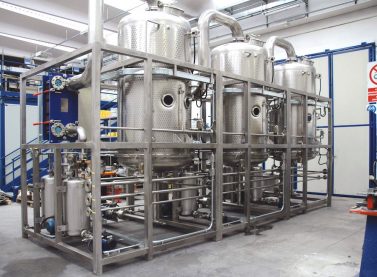 Introduction to the technology

Vacuum evaporators can treat an aqueous waste stream efficiently and simply without using reagents. They are highly effective even when conventional technologies are not viable. Using a vacuum evaporator, waste effluent is transformed into two streams: one, highly concentrated (perhaps even dry) and the other high quality water. Evaporators work under vacuum conditions to reduce the boiling temperature of the liquid effluent and lower energy consumption.

As mentioned before, a multiple effect evaporator is an equipment consisting of a set of evaporators conveniently linked to evaporate wastewater efficiently. The first effect is powered by steam from a steam generator. The steam produced in the first effect is used to heat the second evaporator, where the steam is condensed at a temperature higher than the boiling temperature of the wastewater that evaporates in it. The same process happens in every following stage.

A multi-effect vacuum evaporator consists of a set of interconnected evaporators where the first effect is the first evaporator, and so on. Using a multiple effect evaporator, the operation is based on the steam produced in one effect being used as the heat source for the following effect. As the temperature decreases from one effect to the next, the vacuum is increased so that the boiling point is lower and evaporation is maintained. Thus, there is a working pressure and temperature gradient in which both parameters decrease from one effect to the next. 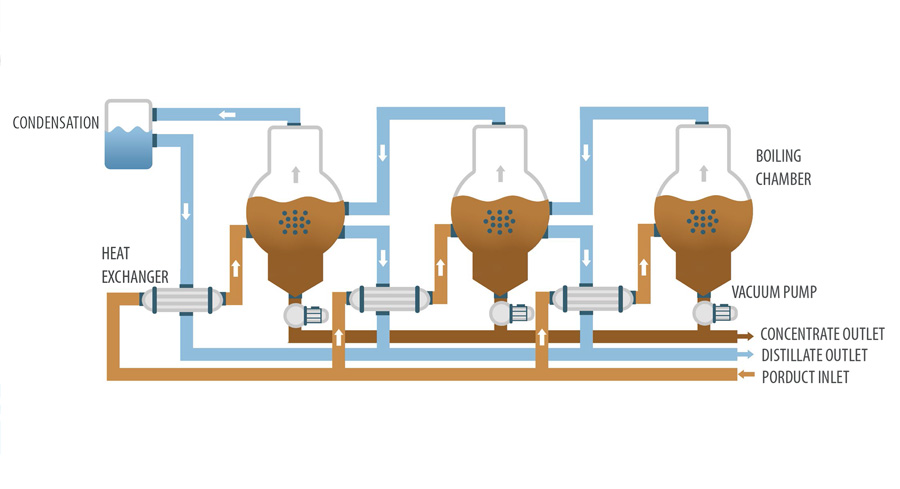 This configuration considerably increases the energy efficiency of the process. In practice, a 3-effect evaporator consumes the same energy as a single-effect evaporator but produces 3 times more distillate. Although the investment cost is higher, the energy consumption is much lower, so multi-effect vacuum evaporators are the most suitable for the treatment of high flows. When residual waste heat is available, the multi-effect vacuum evaporators can take advantage of it and are highly competitive.

These multi-effect vacuum evaporators are designed to be extended from 1 to 2 or 3 stages, and therefore to double or triple production without increasing the energy supply. 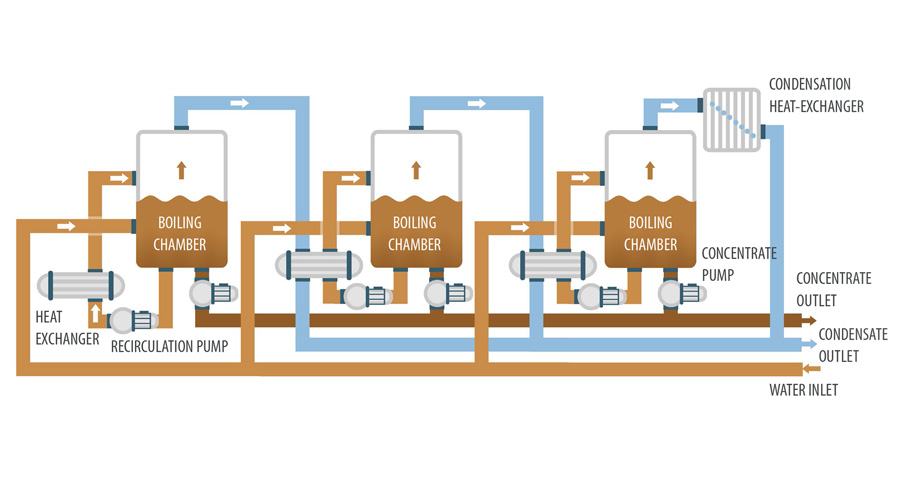 In a multiple effect evaporator, the water is boiled in a sequence of tanks, each with a lower pressure than the previous one. Due to the boiling temperature of water, the steam that boils in one evaporator can be used to heat the next, and only the first evaporator (the one with the highest pressure) requires an external source of heat. In theory there is no limit to the number of stages that can be built, but evaporators with more than four stages are rare exceptions.

During operation, the steam generated in the first effect is used to heat the second effect, whose steam is used to heat the third effect and so on. To operate properly it is necessary that the heating steam in each effect condensates at a higher temperature than the boiling temperature in the same effect, which requires a sufficient pressure difference between the different effects for boiling to occur.

Finally, the water vapor produced in the last effect is collected in a condenser, which is also connected to a vacuum system. If the evaporators are numbered in the order that the pressure decreases, and the pressures and temperatures in each unit are, respectively, P1, P2, and P3, and T1, T2, and T3, then it is true that: P1> P2> P3 AND T1> T2> T3.