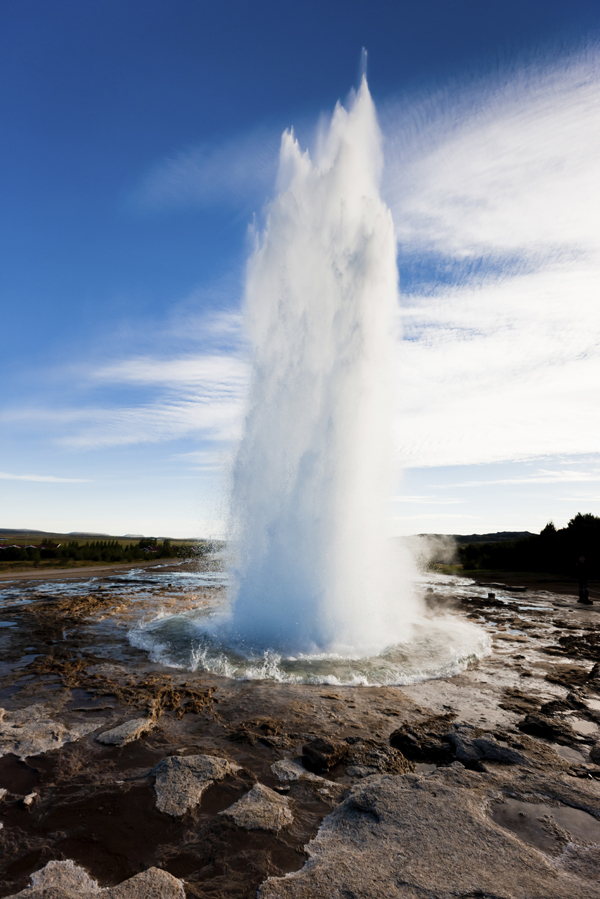 The extraction of geothermal energy requires the presence of water reservoirs near hot areas. The operation is performed by drilling through the ground and extracting the hot water, in the same way as it is done in oil and gas mining. If the temperature is high enough, water will be extracted as vapor, which can be harnessed to power a turbine so as to generate low-cost electricity permanently for a long period of time.

There are primarily three types of geothermal temperature fields, depending on the temperature of the extracted water:

Once the extractions wells are located, a geothermal fluid, consisting of a combination of vapor, water and other materials is extracted and fed to the geothermal power plant for treatment. It first passes through a separator that separates the vapor for the brines, condensates and entrainment liquid, which is a combination of water and other substances. The vapor is then sent to the turbines, whose rotation drives a generator that produces electricity.  Having passed through the turbines, the vapor is condensed and cooled in towers and ponds.

Two options can be considered the geothermal water used for energy production:

To mitigate these damages, it is possible to treat water before discharge to prevent the presence of salts and metals, which are hazardous for the environment. This would be a cost-effective solution when water re-injection into the underground is not economically viable.

In this regard, the best available technology for the treatment of geothermal water is a combination of membranes coupled with vacuum evaporation and crystallization.

During a three-phase distillation process salts and minerals are separated from the water to obtain clean water that can be reused as drinking water for human consumption.