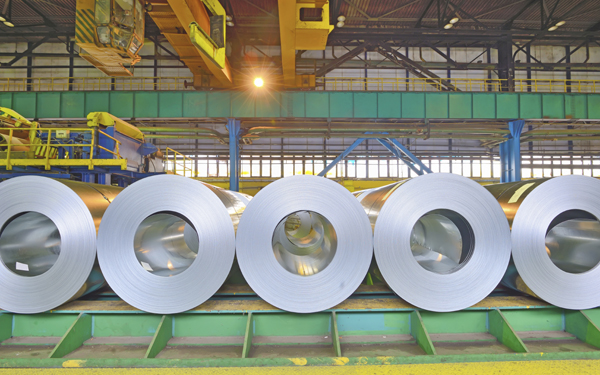 The activities of the surface-treatment industry comprise coating metal or plastic surfaces using different techniques in order to improve their attributes, such as protecting surfaces against wear and corrosion, altering their electrical conductivity, etc. Although the range of treatments and possible coatings applied is very broad, one of the most common is electroplating. The electroplating process involves coating the surface to be treated with a layer of metal a few tens of microns thick that provides the desired characteristics. Thus, chrome plating, nickel plating, zinc plating, copper plating, cadmium plating, tin plating, etc. are all common processes.

The procedure itself consists of immersing the surface to be treated in an electrolyte bath such that the metal ions present in the solution are reduced on the surface to be coated. Although numerous metals can be used for coating, the most common are zinc, gold, nickel, copper and chromium, as well as anodizing, which is based on conversion of the metal surface into an insoluble oxide coating, with aluminum being the most widely used anodizing material.

Surface treatment activities generate two very different types of liquid effluent during the process, namely effluents with a high contaminant burden but relatively small volume (such as saturated process baths) and effluents with a low contaminant burden but which are produced in large volumes, often during washing operations. Both types of effluent tend to be generated during the following processes: degreasing, rinsing or washing, pickling and electrolytic coating, as well as in the depleted electrolytic baths.

The contaminant load contained in the liquid effluent produced usually contains COD, oils and fats, surfactants, metals, alkalinity, acidity, cyanide and salts, as well as other species present in lower proportions. Given the complexity of treating this effluent, there are two main treatment alternatives: the first option comprises the use of separation and decontamination techniques, such as ion exchange, selective electrolysis, electrocoagulation, neutralization and subsequent precipitation, or membrane-based technologies (micro- and ultrafiltration) to eliminate the toxicity and contamination from the effluent, thus allowing it to be discharged into either the public water treatment system or into a natural watercourse. The other option is based on the use of concentration techniques (basically vacuum evaporation) in order to separate the effluent into two flows, one containing water that can be reused in the process and the other comprising a highly concentrated waste that can be managed externally. The state-of-the-art for all these technologies allows them to be used with a high likelihood that treatment of such effluents is possible and efficient.

However, the only technology that is always efficient and, in most cases, the cheapest, with a shorter period for a return on the investment, is vacuum evaporation. In addition,it is the only viable technique when liquid effluents are not separated. This is also the case when the effluents are produced over long periods of time (discontinuous, demand-based production); in such cases the company does not normally have access to a wide range of specific techniques due to the high investment required.

Consequently, the main environmental challenges to be overcome by the surface-treatment industry are high water consumption and the generation of large volumes of liquid effluents. Although such effluents tend to have a preferred treatment technology associated with them, depending on their characteristics, it is not always possible to segregate all the effluents and treat each one individually using this optimal technology. Vacuum evaporation is a technique that is optimal for a wide variety of effluents, for example those generated during degreasing or copper cyaniding coating processes. Moreover, it is the only efficient and viable technique when all effluents are mixed together or only one treatment technology can be used for all the effluents produced.