How to get rid of colour in textile wastewater 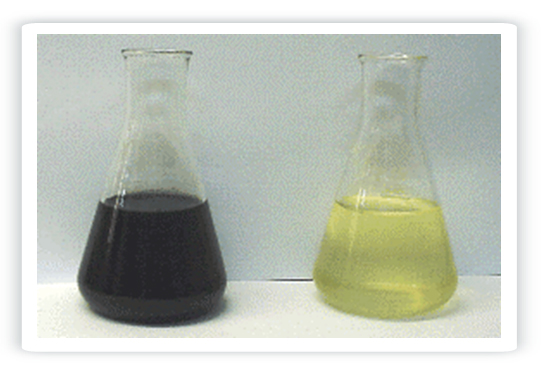 The textile industry is characterized by the fact that its activity requires a high consumption of water, energy and auxiliary chemical products. This is translated into the generation of a large amount of wastewater, with high concentrations of dyes, biodegradable and refractory organic pollutants, suspended matter, surfactants, salts and chlorinated compounds. In addition, because in the great majority of cases production is intermittent, there is a significant variability in the amount of the wastewater generated and the nature of its contamination. These characteristics make it an industrial effluent that is difficult to treat.

The regulatory requirements and the need to save energy and reuse water in industry make it necessary to develop new processes that will enable us to eliminate the water pollution and make it possible to reincorporate the effluent in the production process.

One of the parameters that requires the greatest effort for its elimination –with reasonable costs– is color. The Dyes are not usually toxic, but they are not very biodegradable. In an urban wastewater treatment plant it is estimated that only 20-30% of the color in the effluent will be eliminated. In addition, the dyes are evident in the water in very small concentrations, so the elimination yield must be very high.

Traditionally diverse technologies based on physical-chemical treatments have been applied for the elimination of the color from textile effluent. Nevertheless, there are other possibilities that are making progress depending on the type of dye to eliminate. The techniques that, according to each specific case, may be used to treat the color in the wastewater are listed below, indicating their advantages and disadvantages:

The treatment of dyed effluent is an environmental problem that has not yet been resolved satisfactorily to obtain, as a general rule, a high yield with a stable, sustainable and economical process. The choice of the most appropriate technology depends on numerous factors, such as the dye used, the amount and variety of pollutants in the water, the flow discharged, the production system, etc. In any event, to guarantee success in technology selection and treatment design, it is absolutely fundamental to perform a complete characterization of the effluent.