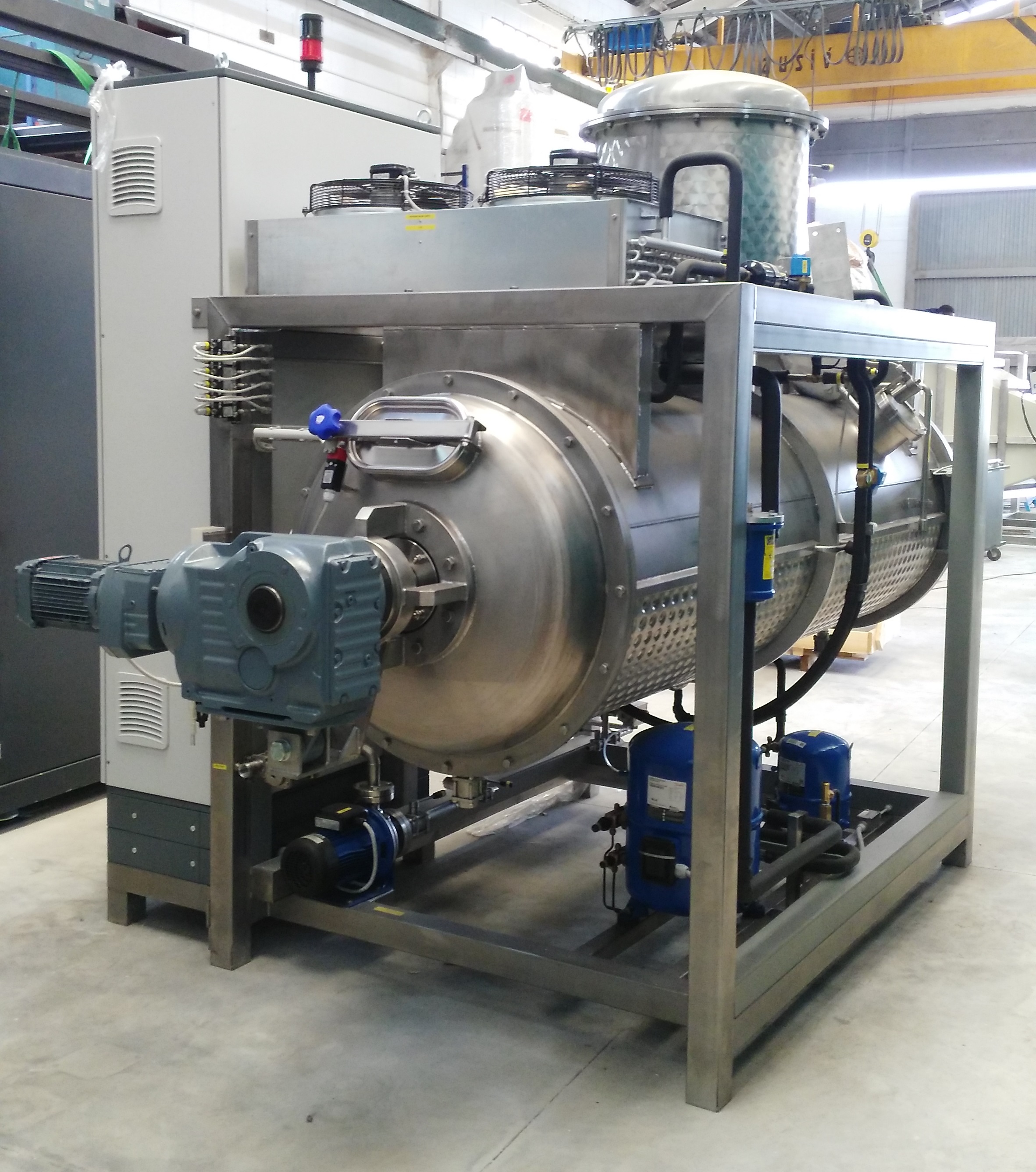 In order for crystallization to occur, it is essential that the solution is supersaturated. Crystallization processes differ from one another with regard to the method for achieving supersaturation. In general, there are three different ways:

Note that in order to use crystallizers that achieve supersaturation through cooling, the solutes must have a solubility curve that significantly decreases with the temperature. Where solubility is only slightly temperature dependent, supersaturation is achieved by evaporating the solvent. When a combination of cooling and evaporation is used, a solution is subjected to vacuum conditions to suddenly evaporate the solvent and adiabatically cool the solution. The latter method is the most commonly used industrially to cause supersaturation. In practice, there is a wide variety of industrial crystallizers, each one specifically designed to achieve the optimum form of supersaturation of the solution, depending on its characteristics and properties.

The crystallization process is not simple and the most important stage consists of the formation of solid crystals within the liquid. The solution is concentrated and cooled until the solute concentration is higher than the solubility at this temperature and the solute forms almost pure crystals.

The growth speed of a crystal is known as the crystallization speed. Growth first occurs with the formation of the nucleus, which then gradually grows. When the concentration is higher than the supersaturation, the nucleation, the formation of nuclei, occurs naturally, spontaneously and rapidly. The crystallization speed can be expressed through the following empirical equation: 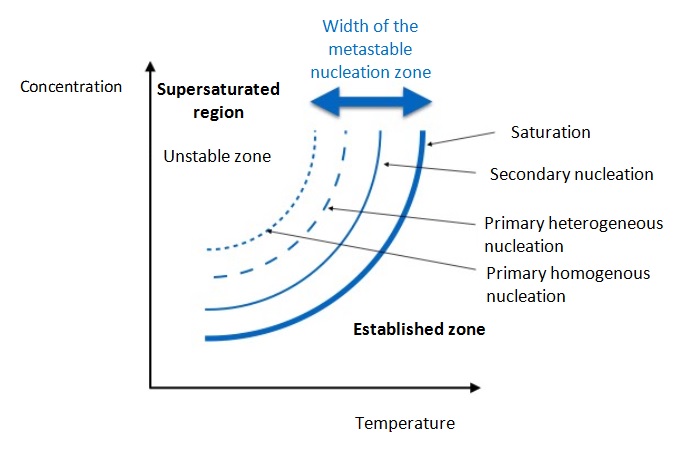 There are two principal stages of crystallization: nucleation and the growth of crystals. Both processes occur, if conditions are favourable, in the supersaturated area of the graph. However, nucleation requires higher supersaturation than is needed for growth. The nucleus formation area is known as the unstable zone, while the growth area is known as the metastable zone. The solution must reach the unstable zone for nucleation. However, once there, the nuclei will grow too quickly and there will be many, very small crystals. In order to form the largest and purest crystals possible, the quantity of nuclei being formed must be controlled. If the solution does not contain impurities or crystals of its own type, the nucleus can only be formed by homogenous nucleation. If some foreign particles are present, the nucleation is facilitated and the process is known as heterogeneous nucleation. Both homogenous and heterogeneous nucleation occur in the absence of crystals in the solution itself and are collectively known as primary nucleation. Secondary nucleation refers to the process of the formation of crystals, which is determined and produced by the presence of particles of the same phase in the supersaturated system.

Crystallization has numerous industrial applications and obtaining pure crystals is not always the principal objective of this process. It is often the case that the crystallization process is of interest as part of a wider treatment of liquid effluents. In this case, the principal objective is to separate the contamination present in an effluent from the solvent itself in order to obtain the pure solvent and the contamination in solid form, enabling economic management. For example, this application of crystallization is essential in zero waste processes, where the effluent is separated into two streams: one for relatively pure solvent suitable for reuse; and the other for contamination in a solid or semi-solid state.

Thus, crystallization also offers an excellent solution in cases where the principal objective is not obtaining a solid, highly pure product, as in the following applications:

Currently, there are crystallizers that are very competitive as regards energy efficiency, based on heat pump vacuum evaporation, and very robust in terms of operation.