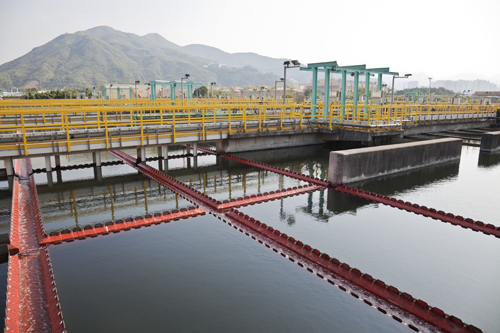 Whenever a major wastewater flow needs to be treated, the first alternative that should normally be considered is the use of a biological process as this is one of the cheapest complete treatments and the amount of waste generated is relatively low. However, the nature of the contamination present in the water must be determined in order to evaluate the suitability of one treatment over another as they tend to be highly selective as regards the type of contamination eliminated.

A characterization of the wastewater, which provides a wide variety of information regarding the type and concentration of the contaminants present, must be carried out to determine the type of contamination concerned. In addition to general parameters such as pH and conductivity, the parameters that should be analyzed are those that give an idea of the content of organic matter, nutrients (nitrogen and phosphorus), solids in suspension, the toxicity of the wastewater as regards microorganisms, in addition to more specific parameters related to the type of activity generated by the effluent (metals, surfactants, sulfates, cyanides, etc.).To determine the quantity of organic matter that microorganisms are able to assimilate, the biochemical oxygen demand (BOD5) has been widely used to characterize wastewater, although this parameter is somewhat imprecise (acclimatisation of the microorganisms to the wastewater affects the measurement), is slow to determine (at least 5 days are required for each measurement) and its use in the management of treatment plants is impractical. In contrast, the chemical oxygen demand (COD) is an accurate parameter that is readily determined and measures all the organic matter present in the water (both biodegradable and non-biodegradable). As such, it is therefore the most widely used. However, precisely because it measures all the organic matter, the information provided is necessary but not sufficient for a better understanding of the effluent to be treated. In order to obtain a complete and in-depth characterization of the effluent, a COD fractionation, which provides information concerning the different degradation rates of the various COD fractions, should be carried out in addition to measuring the aforementioned parameters.

The COD fractions commonly considered are those used in the activated sludge models of the International Association of Water Quality (IAWQ), namely:

The fact that soluble COD does not correspond perfectly to the readily biodegradable COD, and that particulate COD does not correspond completely to the slowly biodegradable COD, means that the best way of determining the different fractions is by respirometry. This technique measures the oxygen consumption by the biomass when degrading the substrates with time, thereby providing very precise information regarding microorganism activity and the rate at which the different substrates are consumed. The respiration rate is the oxygen consumption rate per unit volume and time. Plotting the respiration rate data obtained against time gives a respirogram, as shown in the figure, in which the following regions can be differentiated:

This determination of the different fractions on the basis of their respective biodegradabilities results in a complete characterization of the organic matter in the wastewater, thereby complementing the other parameters analyzed. This information is essential when it comes to decision-making during the design stage for effluent treatment systems as it helps to identify which processes may be efficient and which can be directly ruled out. For example, water with a majority slowly biodegradable fraction cannot be treated using a biological system in which the water is in contact with the biomass for a very short period of time.

Similarly, determination of the various fractions on the basis of their differing biodegradability also allows the kinetic models that will subsequently describe the behavior of the system (effluent quality, oxygen demand, sludge production, etc.) in response to real-time fluctuations in effluent load and flow to be calibrated.

As such, complete characterization of the wastewater is essential in order to be able to undertake the treatment-type selection step, and its subsequent design, with a guarantee of success.