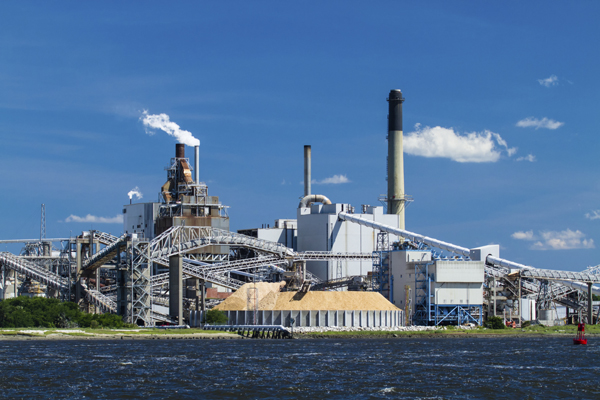 Paper, perhaps the most widely used material in everyday life, consist of a network of plant fibers with a high cellulose content that have been treated using various water-based processes, placed on a sieve, and finally dried. Although these fibers can be obtained from numerous different plants and trees, the most important source used is conifer wood due to the length and strength of its fibers. One third of all the wood processed worldwide is used in paper and pulp production.

Paper manufacture consumes a large quantity of resources, especially water and energy, although it also requires large quantities of raw materials and chemicals. Approximately 2-18 m3 of water (depending on the effluent management system used and whether water is recovered) and between 2 and 2.5 tons of wood are required to produce one ton of paper.

During the manufacturing process, water acts as a disintegration medium for the raw materials, a transport for fibers, and for paper formation. The process commences with separation of cellulose from the other substances (lignin, oils, resins, etc.), which represents 50% by weight. To extract cellulose fibers, the wood must first be crushed (mechanical pulp) or wood chips subjected to a chemical treatment (chemical pulp). In the latter case, treatment involves either the use of an alkaline product (sulfate or caustic soda) or a sulfite. In both cases the aim is to solubilize the lignin to release the cellulose fibers. There are major differences between the two treatments. Thus, the alkaline method generates black effluents that are highly contaminating and are generally treated to recover the sodium sulfide and caustic soda. In the sulfite method, some of the chemicals used, such as sulfuric acid, can also be recovered. However, those chemicals that cannot be recovered are lost with waste effluent along with remnants of cellulose that have not been retained, thus meaning that the effluent has a high COD. If the pulp is obtained mechanically, the quality of the paste obtained is lower but less liquid waste is produced. In practice, only 30% of all the pulp produced worldwide is obtained using the mechanical process.

The lignin remnants that remain together with the cellulose fibers give color to the paste, especially in the case of mechanical pulp. To obtain white pulp, it must be subjected to a bleaching process, which can be performed in different ways. One alternative involves the use of hydrogen peroxide which, although it does not remove the lignin, does remove its color. Other bleaching technologies, which tend to be much less environmentally sustainable, are based on the use of chlorine gas or chlorine dioxide, which oxidize lignin with high efficacy. However, as these reagents are highly reactive, they inevitably also react with organic compounds present in the pulp and generate a large quantity of organochlorinated compounds, including dioxins and furans. Another option for bleaching pulp that does not generate by-products involves the use of ozone, which has tended to replace the use of chlorine as it does not produce contaminants.

A mixture of different types of wet pulp with filler substances (calcium carbonate, kaolin, titanium dioxide, etc.) and other additives (aluminum sulfate, dyes, starch, latex, etc.) is spread uniformly on a metal support and dried to form paper. To obtain writing or printer paper, the surface of the paper is subsequently mechanically smoothed.

All these processes consume a high volume of water, and this water must be of high quality. These characteristics make the paper industry unique. The effluents generated as a result of paper and paste production contain are highly contaminated with up to 250 different compounds. Some of these are of natural origin, from the wood (lignin, tannins, etc.), whereas others, such as phenols, dioxins, and furans, are synthetic and are incorporated into the effluent during the manufacturing and cellulose paste bleaching processes.

There are two diametrically opposed strategies for avoiding the environmental impact of discharging these effluents directly into the environment. The simplest option involves treating the effluents appropriately and discharging the treated flow into the environment. However, there is a more sustainable and, in most cases, cheaper alternative based on treating the effluents in order to recover the water for reuse. This latter alternative has two main objectives: to minimize both the water used and the liquid waste generated. This management model is known as a “closed cycle” or, alternatively, a zero-waste system.

In this case, the objective of treatment is to reduce the contamination in effluents to such a degree that they can be discharged, thereby complying with legislative requirements and avoiding any environmental impact.

The effluents to be treated tend to have high pH values and a high content of organic matter, solids in suspension, organohalogenated compounds (AOX), nitrogen, and phosphorus, amongst other contaminants.

A satisfactory treatment of such effluents would involve stages such as homogenization and neutralization of the pH, coagulation/flocculation prior to decantation, and, finally, elimination of the organic matter using a biological process (anaerobic or aerobic) or by advanced oxidation (with ozone, Fenton, or photo-Fenton). After these steps, the effluent can be discharged into the environment.

The implementation of a zero-waste system is a much broader concept than simply an effluent treatment technology. Indeed, this is an environmental management system that aims to achieve the lowest environmental impact of the process as a whole. Thus, the generation of liquid waste and consumption of drinking water are minimized by reuse of the water recovered from the effluent.

In order to treat effluents to achieve a sufficient quality that allows the water recovered to be reused, a more exhaustive treatment than in the previous case must be designed. An initial homogenization and pH-neutralization step, followed by decantation to sediment the solids in suspension with the largest particle sizes, is required. Treatment then continues with advanced oxidation (preferably ozonization) to destroy larger organic molecules that may be refractory to a subsequent biological process, usually an anaerobic biological treatment, in which the content of organic matter dissolved in the liquid is reduced while generating biogas, followed by filtration of the digestion effluent, initially through a sand filter and then using ultrafiltration membranes. A reverse osmosis process completes the treatment. The permeate resulting upon reverse osmosis is of the quality required for reuse in the paper manufacturing process, whereas the rejection flow is treated using a vacuum evaporation process to reduce its volume as far as possible. The water recovered by evaporation can also be reused, whereas the concentrate, which has a minimum volume, must be managed as a waste. The sludges generated in the anaerobic digestion process, together with the plant residues, such as tree bark, sawdust, etc. generated during initial preparation of the wood, are burnt in a furnace. Both the heat generated by the furnace and that generated upon burning the biogas help to meet the energy requirements of the vacuum evaporator.

Thus, most of the water used during the process is recovered, a minimum quantity of waste that needs to be managed externally is generated, and major synergies between different processes are achieved in energy terms, therefore, overall, this is a highly sustainable environmental management system.

It should be noted, however, that implementation of such a system gets more complex as the degree of contamination of the effluents increases. To guarantee a successful implementation, it is vital to introduce all possible improvements that result in fewer contaminants being generated into the paper and pulp manufacturing process. For example, by replacing chlorine and its derivatives in the paste-bleaching process with oxygen compounds (hydrogen peroxide or ozone).