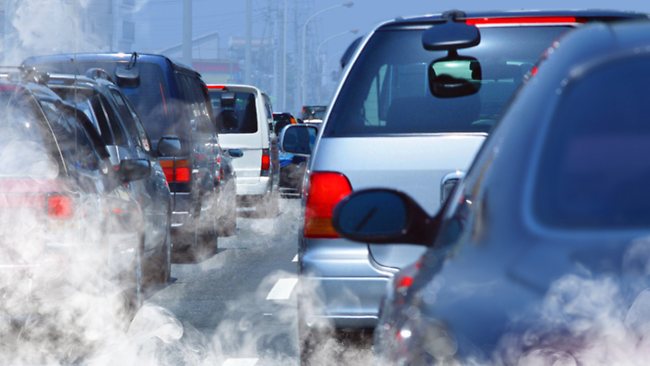 The US Environmental Protection Agency (EPA) has revealed that vehicles manufactured by the Volkswagen Group issued an amount of nitrogen oxide (NOX) when driven well above that certified by the manufacturer. As has been shown, these vehicles are equipped with software that deliberately changes the engine operating parameters (engine map) when it detects a test is being performed to the vehicle. The engine map change is aimed at reducing NOX emissions until they comply with the regulations, even if this increases fuel consumption and reduces performance. After the test is over, the engine operation returns to normal and resumes the certified performance figures and consumption, while exceeding the maximum allowable limit of NOX emitted by up to 40 times.

Nitrogen oxides generally refer to 2 different nitrogen gases: nitric oxide (NO) and nitrogen dioxide (NO2). The term NOx refers to the combination of the 2 gases, due to the ease with which they interconvert in the presence of oxygen. These gases are generated during combustion processes, such as those occurring in the internal combustion engines of vehicles or domestic boilers, as well as in many industrial processes.

Nitrogen oxides cannot be freely released into the atmosphere as they are highly polluting gases as well as being harmful to health (they destroy stratospheric ozone, contribute to the greenhouse effect and produce acid rain and photochemical smog, among other problems). The World Health Organisation (WHO) associates high levels of NOX with severe respiratory illness. Mean exposures above 40 µg/m3 annually and 200 µg/m3 per hour carry an obligation to take steps to protect the population at large.

In Europe, combustion engine emissions are covered by the European emission standards. This establishes acceptable limits for exhaust emissions of new cars with parameters such as NOX, hydrocarbons, carbon monoxide and particulates. Over the past two decades, the various European regulations issued have led to a significant decrease in particulate emissions. However, it became clear that the NOX emissions between the Euro III and Euro V regulations were virtually unchanged. As a result, Euro VI was issued, which had very restrictive NOX regulations. The problem is particularly acute in the case of diesel engines, since they have the optimal conditions within them to maximise generation of NOX, well above those of petrol engines.

Vehicle manufacturers have addressed the challenge of reducing NOX emissions in many different ways, following the publication of such a restrictive standard as the Euro VI: gas pre-treatment, post-treatment, modification of the combustion conditions, etc. The alternatives implemented are as follows:

This technique is called selective catalytic reduction (SCR) and is widely used to treat industrial emissions. The option of equipping the engine with this device is an expensive one, requiring a large volume of urea solution, which needs to be periodically recharged; however, it is effective and very reliable. Although it is a more complex option, it is almost indispensable in the case of large engines.

SCR technology manages to combine two conflicting objectives in combustion engines. On the one hand, higher pressure and combustion temperature lead to more energy being released. This increases engine efficiency and thus reduces consumption for the same power; thereby reducing the emission of CO2. However, on the other hand, the higher pressure and temperature during the combustion process increases the production of NOX. The use of SCR technology (and the consequent consumption of AdBlue) allows the combustion to be designed to obtain maximum energy efficiency, with the least fuel consumption and low CO2 emissions, without NOX production becoming an impediment.

The Volkswagen case is a serious one economically: with the associated fines and costs of reviewing such a high number of vehicles exceeding the profits gained from selling them; environmentally, the manufacturer has admitted that these vehicles emit up to 40 times more harmful gases than certified, which is obviously very damaging for the environment and for health; and also in terms of confidence in the company engineering, it has serious implications.