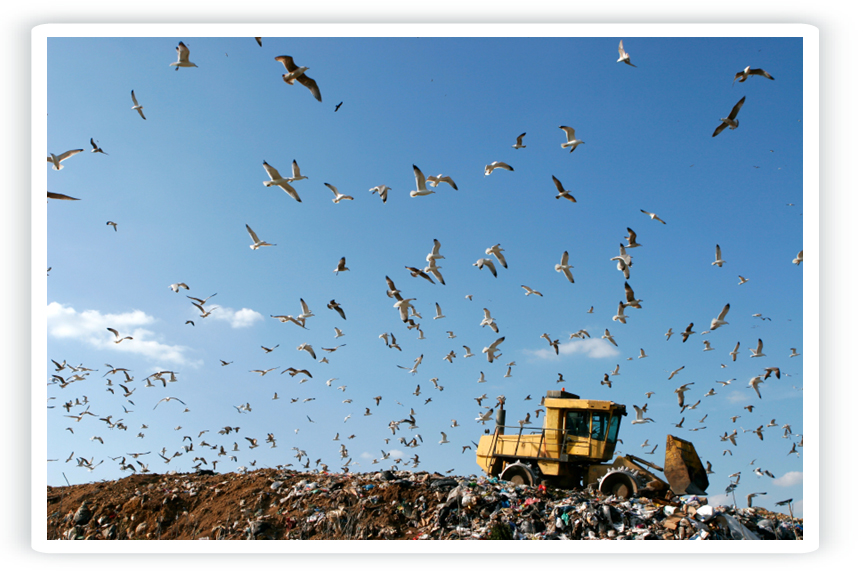 Despite the promotion of the 3R rule (reduce, reuse and recycle), the reality is that the volume of waste generated in the 34 countries that comprise the OECD, Organization for Economic Co-operation and Development –the majority of the European countries, Chile, Mexico, USA, Canada, Japan and Australia, among others– increases every year. Consequently, as the amount of waste generated increases, it becomes necessary to implement new landfills, with the negative environmental ramifications this entails: the production and release of landfill gases that can cause strong odors, environmental pollution and explosive atmospheres, the emergence of health concerns, principally insects and rodents, and the uncontrolled dumping of the leachates that can contaminate the superficial and subterranean soil and water.

The current regulations of the different countries establish that leachates must be collected, monitored and treated in the most suitable manner, depending on their physical characteristics and chemical composition. Nevertheless, the requirements in the treatment of the leachates before they may be discharged, after being treated, into the natural environment vary from country to country. For example, the regulations for discharge into a natural river are more restrictive in Spain than in most Latin American countries.

The chemical composition of the landfill leachates depends on the type of landfill, the amount of rainwater that penetrates the landfill body, and its period of operation.

Thus, in the leachates of young landfills (1-2 years) the pH is low (4.5-7.5) and the concentrations of COD, BOD5, nutrients and heavy metals are high. However, in mature landfills (over 3 years), it is observed that the leachates have a pH in the range 6.5-7.5 and the values of COD, BOD5 and nutrients have dropped substantially. Another constant is the presence of high levels of ammoniacal nitrogen and dissolved salts (sulfates, chlorides, bicarbonates, etc). A significant concentration of heavy metals is sometimes detected also. The biodegradability (understood as the relationship between BOD5 and COD) decreases with the age of the leachate. Therefore, the leachates that come from young landfills present a high biodegradability and can be treated satisfactorily with a biological process. And vice versa; mature landfills produce leachates with a low biodegradability which must be treated using physical-chemical processes. Moreover, when the amount of rainwater that infiltrates the landfill is high, the pollution load of the leachates –including the salts– is lower, even though the total flow to be treated is high.

When the regulations for discharge into public waterways is the most demanding, state-of-the-art technology is usually used to treat the leachates generated in the landfill. These technologies, that entail a higher cost in both investment and operation than more conventional processes, provide the landfills with mechanisms so that rainwater infiltration is minimal.

The techniques used are usually a biological system with sequential systems (SBR), and membrane reactors (MBR), followed by a reverse osmosis membrane process, that produces high quality effluent. The waste from the membrane process, which is managed externally, often generates quite high cost overruns. A sustainable option for considerably reducing these costs consists of minimizing them using vacuum evaporators; the waste can be almost completely dried and it can be deposited in some cases in the “contaminant waste” section of the landfill. Sometimes the biogas produced in the landfill due to the anaerobic action of the degradation of the organic waste can be used to generate electrical energy by cogeneration motors, the thermal power however is not used and is lost into the atmosphere. On other occasions the biogas is not used and is simply flared. In both cases it is possible to recover the thermal energy by using it in the form of hot water (90ºC) for use in vacuum evaporators, which enables the leachates to be treated efficiently and economically without the need for any additional system. The evaporators extract the water (distillation) from the high-quality leachate that can comply with the most stringent levels of discharge.

When the regulations for discharge into public waterways are not as restrictive, the conventional treatments that have traditionally been used in wastewater treatment – biological processes – may be used in the treatment of landfill leachates. Among the different applicable biological processes, an efficient option is membrane bioreactors, as they can be expressly designed according to the characteristics of the leachates to be treated and can treat high flows in relatively compact systems. As the operating costs are reasonable, these techniques are suitable for all cases in which the amount of rainwater that is mixed with the leachates is high.

Nevertheless, when the flow of leachates to be treated is low and there is enough space, a very sustainable alternative is the phytoremediation, which consists of purification by growing plants. This technique uses the vital functions of the plants cultivated, generally, the giant cane (reed beds), to biodegrade and stabilize the waste. The plants consume the nutrients from the leachates, and at the same time they act as a natural filter, and the waste ends up being mineralized over time. In these systems the key parameter is the irrigation speed; although the optimum value depends on many factors, the average is around 50 m3•ha-1•day-1. The suspended solids, organic matter, ammoniacal nitrogen and some metals such as iron decrease significantly with a simple, low-cost technique.

For the purification of landfill leachates diverse techniques have been used for some time, some of which are quite exotic (chemical oxidation, electrocoagulation-electrooxidation, etc) but some present various management disadvantages and a poor ability to adapt to the seasonal changes in chemical composition (dry-wet) that are the result of the effect of rainwater contributions or due to the ageing of the landfill. Generally speaking the processes used most use different combinations of biological and physical-chemical treatments. The flow to be treated, the pollution loads, and the limits of the discharge regulations are the parameters that finally determine whether a conventional biological process may be enough, or if it will be necessary to resort to more complete techniques, such as a reverse osmosis membrane filtering process after the biological process. In this case, there are sustainable techniques for efficiently reducing the volume of waste generated in the treatment process, as may be the case of a vacuum evaporation-concentration stage.

Finally, it is important to highlight that there are R&D projects aiming to obtain various by-products from this liquid waste (leachate) that could be recovered as fertilizers, and the sale of which would allow optimum management of the process from the technical and economic point of view and for the environment.